The following is a List of Diseases that can be transferred via a single tick bite.

In the United States, some ticks carry pathogens that can cause human disease, including: 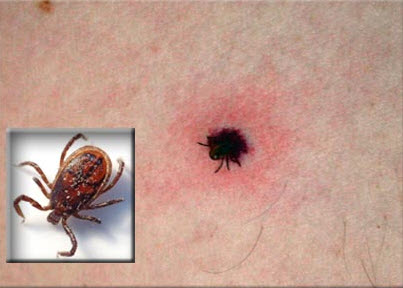