How well do you know the United Kingdom Gun Laws?

Similar to Canadian Gun Laws and Legislation, gun ownership in the UK is considered to be a privilege rather than a right.  The control of firearms in the United Kingdom (UK) are definitely one of the more closely monitored and toughest in the world, but yet the firearm act has not been updated since 1968.  As 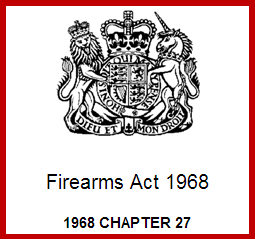 a direct result of these UK Gun Laws the amount of firearm offences make up less than 0.2% of recorded crime here in the United Kingdom. The state considers any firearm as a dangerous weapon and, as such, has a duty to protect the public from its misuse –  based on this duty to the British public the firearms licensing law was created.

What is meant by the term “firearm”?

A firearm is a term given to a lethal barrelled weapon. That weapon can be of any description from which any shot, bullet or missile can be discharged.

There is one small area where the firearms licensing law does not apply and that is air rifles or pistols. You can legally own an air rifle which has a muzzle energy of below 12 ft lbs or a pistol below 6 ft lbs without a FAC ( fire arms certificate )  Any air rifle above this will require licensing – A pistol above 6 ft lbs is completely prohibited.

See the Best Air Rifles for Survival in the UK.

Who can legally own a firearm in the United Kingdom?

Any member of the public can legally own a firearm in the UK provided they meet the requirements within the firearm licensing law.

A Firearm license gives permission to:

That permission will only be granted to you, once fully assessed by the licensing authority, namely, the police, as [1] not posing a threat to public safety & [2] having good reason to own a firearm.

A typical ‘good reason’ would be target shooting club, museums or firearms dealer.

In order for the police to decide if you are fit to own a firearm they will carry out a number of specific checks on yourself and associates, as well as quite a few other ‘checks’ which will include interviews, a visit to your home, in depth criminal record searches as well as require references from friends.

Your GP may well be contacted as well.

Basically, anyone or anything that might give reason for the police to see you as unfit to own a firearm.

What is a ‘good reason’ to own a firearm?

You must be legitimate in your application and be able to demonstrate a genuine reason for actually wanting to own a firearm.

Typical, legitimate reasons for owning a firearm on a regular basis may be:

Cost and Fees of Firearms Certificate for England, Wales and Scotland: 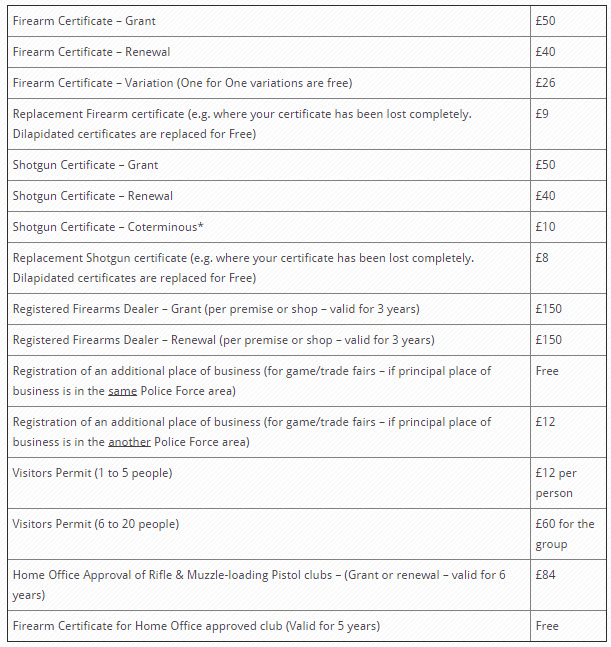 Many people get very confused when it comes to what you can or cannot legally own in the UK.  There are currently some 170,000 firearms licences and around 620,000 shotgun licences on issue here in the UK today.  The vast majority of these licence holders are quite legitimate and extremely responsible with the use of their firearms at work and for their leisure pursuits.  It’s only a very extremely small minority of individual cases where a legally held firearms is seen to be misused.  As a UK citizen you have a perfect right to own a firearm providing you prove yourself worthy of the Fire Arms Certificate – it’s a simple as that.

What firearms can you legally own in the UK.?

You’d probably be surprised how many and what type of firearms you can actually own!

Take a look here to view and download the complete Guide on Firearms Licensing Law for Great Britain.