The global clean-energy picture for 2013 was a classic good news-bad news story, according to the Clean Energy Trends 2014 report issued by clean-tech research and advisory firm Clean Edge, Inc. The industry saw dazzling growth, success, and rising stock prices in some sectors – most notably solar photovoltaic (PV) deployment – but downward trends and policy and finance hurdles in others.

Last year also marked a significant transition in the history of clean energy: for the first time since Clean Edge began tracking global markets in 2000, the world installed more new solar PV generating capacity, 36.5 gigawatts, than wind power (35.5 GW). Record levels of new solar deployment in China, Japan, and the U.S. combined with a down year in the wind industry to create this unprecedented crossover.

The full Clean Energy Trends 2014 report can be downloaded for free at www.cleanedge.com.

The global solar market’s continued double-digit growth of 15 percent, plus a modest uptick in biofuels’ market size, was not enough to overcome the wind industry’s lackluster performance. As a result, combined global revenue for solar PV, wind power, and biofuels held nearly steady at $247.6 billion, down just slightly from $248.7 billion in 2012. 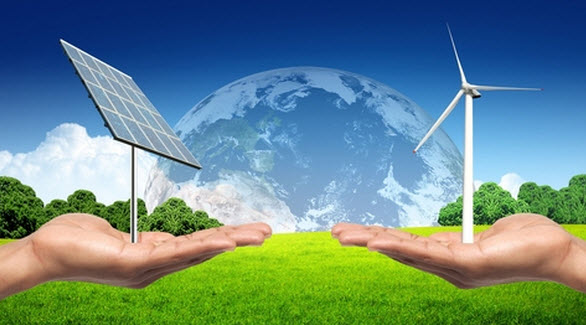 “The adoption of clean energy is set against a bigger-picture context that finds many of the world’s largest energy-using nations struggling with critical choices for their energy future,” said Ron Pernick, Clean Edge co-founder and managing director. “Climate disruptions, smog alerts, planned and unplanned nuclear power shutdowns, and resource scarcity are all driving significant change, accelerating the double-digit adoption growth of solar PV, hybrid and electric vehicles, green buildings, and other clean-tech solutions.”

•  Solar photovoltaics (including modules, system components, and installation) grew to $91.3 billion from $79.7 billion in 2012, with a record 36.5 GW installed globally. In contrast to 2011 and 2012, when PV panel costs plummeted more than 20 percent in both years, prices held nearly steady last year, dropping slightly to $2.50 per watt installed.

• Venture capital investments in U.S.-based clean-tech companies totaled $4.4 billion in 2013, falling 25 percent from $5.8 billion in 2012, according to data provided by Cleantech Group. Picking up some of the VC financing slack is the continued rise of large corporate and project finance deals. Google’s $3.2 billion acquisition of smart thermostat maker Nest in early 2014 is the most prominent example, but other recent large deals include Goldman Sachs’ $500 million fund to finance SolarCity PV installations and Wells Fargo’s pledge to invest $100 million in tax equity financing in SunEdison projects.

• For the first time, Clean Edge expanded the scope of its global market size research to include green buildings and electric and hybrid vehicles. Since 2000, these sectors have experienced compound annual growth rates of 68.9 percent and 38 percent respectively.

For more than a decade, Clean Edge has covered the industry’s most important trends. During this time, it has covered the rise of solar leasing over ownership, the phaseout of incandescent lighting, renewable energy adoption by the U.S. military, Tesla as a startup, and many more. This year’s report spotlights five key trends that will affect clean-energy markets in the coming years:

5. Vertical Farming Sprouts in Cities Around the World