Free Land Incentive from the Canadian Government, Show Up, and Farm It. 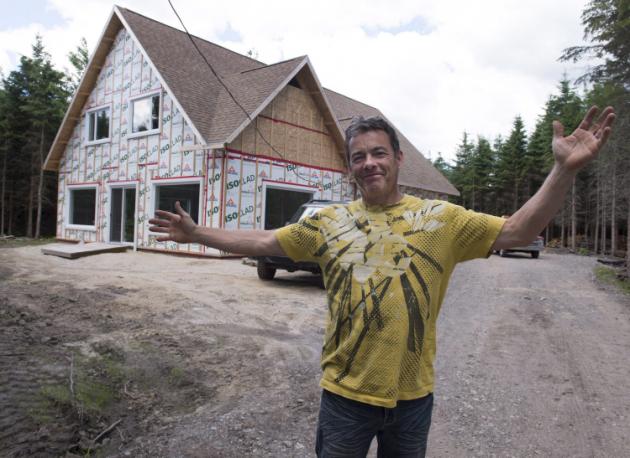 The Canadian Press – Christian Martin stands on the land the municipality has given him and where he is building a home, Friday, June 26, 2015 in Saint-Louis-de-Blandford Que. THE CANADIAN PRESS/Jacques Boissinot

By Morgan Lowrie, The Canadian Press

MONTREAL – Large parts of Canada were settled thanks to a government policy of giving out free land to anyone willing to show up and farm it.

And although the federal government largely stopped giving out Crown land in the 1930s, some small towns are continuing the tradition by giving their land away for free.

Saint-Louis-de-Blandford, a 900-resident community about an hour southwest of Quebec City, decided to take a creative approach to increasing its population. The town purchased a large tract of land and subdivided it into 40 lots which they gave away for free, beginning in 2013, to anyone willing to move there and build a house.

“The problem faced by towns of our size is devitalization that happens quietly as young people move to cities,” Mayor Gilles Marchand said in an interview. “We figure this will be an incentive for the young and the less young who want to put their money toward home-building.”

The town’s policy requires buyers to put a $1,000 down payment on a lot and commit to building a house worth $125,000 within a year. The municipality then refunds the down payment.

Saint-Louis-de-Blandford isn’t alone with the idea.

Reston, Man., implemented a similar plan a few years ago to give away land for $10.

Tanis Chalmers, the economic development manager for the Rural Municipality of Pipestone, which includes Reston, says the program has been a success.

Of the 24 available lots, 19 have been given away and the municipality has expanded the program to the neighbouring towns of Pipestone and Sinclair. Chalmers says about 20 homes have been built in the last two years in Reston. This represents a population increase of 50 people — not bad for a town of 500.

Chalmers says small communities have to compete for residents by offering something special.

“The towns that surround us are larger centres,” she adds. “They may not be able to offer the same incentives we can. But they have their size and the services they offer. This is our way of competing with these communities.” 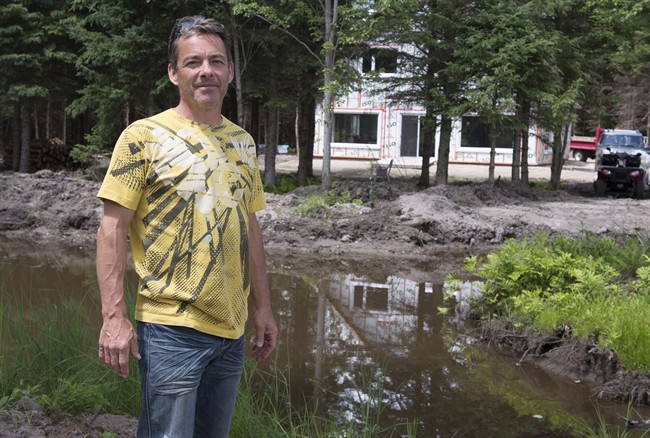 Mr. Martin stands on the land the municipality gave him for free to build his new home.

Both Chalmers and Marchand believe their towns will profit in the long run by collecting property taxes on the homes. They say a larger population also reduces the cost of services, per capita, and hopefully leads to increased commercial development.

Several small towns in Saskatchewan have experimented with a $1 lot policy in recent years, while Kings Point, N.L., posted on social media earlier this year that it was considering a land giveaway as well.

Each town does things a little differently. Some offer lots that are hooked up to sewer and water, while others are on unserviced land. Some also have conditions on the type of construction.

There is also still a little free Crown land available — mostly in the Yukon for people who are tough enough to develop Arctic lands for agricultural purposes through the territory’s Agricultural Lands Program.

Giving away free land may not pay off for small towns in the long run, cautions Concordia University professor Bill Reimer, who specializes in rural issues. He said the property tax revenues generated by new residences often aren’t enough to cover the costs of roads, city staff and services.

“Most research examining the long-term returns for various community land-use strategies indicates that residential land use ends up costing communities more than it provides returns,” he said by email.

The key, he said, is to attract businesses as well.

Both Reston and Saint-Louis-de-Blandford offer incentives ranging from tax breaks to cash grants to attract new commerces — something Marchand and Chalmers admit is a little more difficult than luring residents.

Despite the note of caution, they both say their programs have helped their towns as well as residents such as Christian Martin, who recently moved back to the Saint-Louis-de-Blandford region after 10 years away.

He received a free 5,500 square-foot (510 square metres) lot — big enough that he was able to dig a lake on his property in addition to building himself a spacious home.

“In a city, just the land would have cost as much as the entire house,” said Martin, 51.

Marchand said the program has been “an unexpected success.” All of his town’s original 40 free lots have been spoken for and the town is currently planning another phase of giveaways.

By offering lots big enough for a home with a backyard, he’s managed to attract several young families, a prize demographic he hopes will ensure his town’s future.

The young population has gone up so much, he says, that the town is looking at bringing in a subsided daycare in the coming months.

“We took a guess, a chance that it might work,” he said. “So far, it’s exceeded our expectations.”