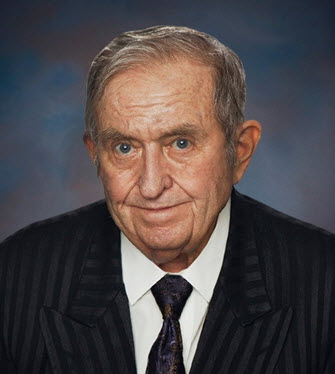 Richard Cabela, a co-founder of outdoor outfitter Cabela’s, died Monday. He was 77.

Dick, along with his wife, Mary, and brother, Jim, founded Cabela’s somewhat inadvertently in 1961 when he purchased $45 worth of hand-tied fishing flies while in Chicago on a furniture and housewares buying trip with his father for the family’s Chappell, Neb., furniture store. With the flies not moving off the store shelf, Dick came upon the idea of selling them through the mail. His first ad, in a Casper, Wyo., newspaper, produced one sale. Rethinking his situation, Dick placed an ad inSports Afield magazine: “FREE introductory offer!!! 5 popular Grade A hand-tied flies. Send 25c for postage and handling …” Orders started coming in and Mary typed the names and addresses of each customer on recipe cards and placed them in a shoebox. Realizing the potential for mail-order sales, Dick purchased more fishing gear and he and Mary produced a three-page mimeographed catalog which was mailed with each order.

Today, Cabela’s is a $3.6 billion company with a worldwide catalog and Internet business and 50 stores in the United States and Canada.

Dick served as Chairman of the Board until June 2013, when he transitioned to Chairman Emeritus and Jim Cabela became Chairman.

“Dick and Jim made it possible for sportsmen and women to get quality outdoor products no matter where they lived,” said Tommy Millner, Cabela’s Chief Executive Officer. “They weren’t the first to offer outdoor goods through the mail, but nobody did it better or with more care about providing customers a good value for their money.

“Outdoorsmen and women have lost a true friend, a man who improved their lot by putting them first, by working to provide what they wanted and needed for their hunting and fishing adventures. He pushed for research and development in every outdoor field. Dick always looked out for the customer and if he couldn’t find a vendor to provide what he wanted, he pushed Cabela’s to design and make it. Because of that passion, the Cabela’s brand and its products are iconic throughout the world.

“The outdoor industry has lost an innovative thinker and a tireless supporter of wildlife and habitat conservation; the business world has lost a true original, who built a business model that will be studied and emulated for years; a man who, through perseverance and hard work, achieved the American Dream.” 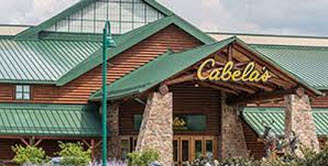 Added Michael McCarthy, Cabela’s Lead Independent Director: “Like most great enterprises, Cabela’s began with the passion of a single person, Dick Cabela. We are all very grateful for the opportunities he shared with employees, customers and shareholders, and are committed to sustaining the enterprise he began.”

Dick garnered numerous accolades in his lifetime, including induction into the Nebraska Business Hall of Fame in 1994 and the Direct Marketing Hall of Fame in 2006. Dick and Mary traveled the world pursuing their shared passion for hunting. In 2001, Dick was honored with the Safari Club International’s prestigious C.J. McElroy Award for his dedication to preserving and promoting the heritage and tradition of hunting. In 2007, Dick and Jim were honored by Outdoor Life magazine as being among the top 25 “most influential people in hunting and fishing.”

Dick is survived by his wife, Mary, and their nine children and their families; as well as two sisters and three brothers.

Cabela’s Incorporated, headquartered in Sidney, Nebraska, is a leading specialty retailer, and the world’s largest direct marketer, of hunting, fishing, camping and related outdoor merchandise. Since the Company’s founding in 1961, Cabela’s® has grown to become one of the most well-known outdoor recreation brands in the world, and has long been recognized as the World’s Foremost Outfitter®. Through Cabela’s growing number of retail stores and its well-established direct business, it offers a wide and distinctive selection of high-quality outdoor products at competitive prices while providing superior customer service. Cabela’s also issues the Cabela’s CLUB® Visa credit card, which serves as its primary customer loyalty rewards program. Cabela’s stock is traded on the New York Stock Exchange under the symbol “CAB”.